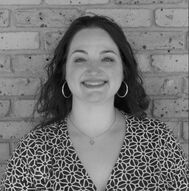 Rabbi Caroline Sim was ordained in 2020 from the Hebrew Union College-Jewish Institute of Religion, on the historic Cincinnati campus. Before beginning her rabbinical studies, she earned a Graduate Certificate in Judaic Studies from the University of Cincinnati, and a Bachelor’s degree in English Literature, French Language, and European Studies from the Ohio State University.
Rabbi Sim feels a deep commitment for bringing access to Judaism to all Jews, wherever they are located and whatever the size of their community. She has served as student rabbi for many congregations in varying regions, and also served the wider Cincinnati Jewish community through being an educator at Temple Sholom, and a lecture organizer at the Jewish Cemeteries of Greater Cincinnati. When at home, Rabbi Sim enjoys pursuing her artistic interests, including painting and drawing. She is also in the process of becoming a Soferet, a female Hebrew Scribe.

Born and raised in Sarasota, Florida, Rabbi Dreffin established his Southern roots at URJ Camp Coleman in North Georgia. At Tulane University, he played ultimate disc while earning a BFA in Hot Glass Sculpture. After a couple of years managing a New Orleans art studio, Rabbi Dreffin pursued his spiritual passions at the Hebrew Union College–Jewish Institute of Religion in Los Angeles. While working towards Masters Degrees in Education and Hebrew Letters, he served as the Religious School Associate Director for Temple Judea in Tarzana, as well as a summer chaplain at Princeton Baptist Medical Center in Birmingham. Ordained in 2013, Rabbi Dreffin enjoys working on his house, exploring culinary delights, and spending time with family.