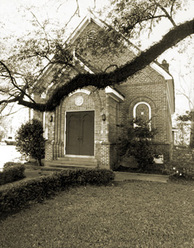 Early Settlers
Jews did not come to Opelousas as itinerant peddlers, but rather as industrious settlers who sought to fill unmet needs for the city’s citizens. In 1852, David Roos arrived in Opelousas with his wife from Paris and quickly became one of the most successful farmers and merchandisers in southwestern Louisiana. After having served in the Third Louisiana Calvary Regiment during the Civil War, he opened his own merchandise store that sold furniture and home decorations. The years before the Civil War witnessed the influx of other Jews who started their own businesses, many of which advertised in the Opelousas Courier. Two businessmen named Schwartz and Kaufman formed a partnership in 1854 “for the sale of dry goods, ready made clothing, hardware, etc.” for farmers and plantation owners. S. Block opened a general store on Main Street in 1858 with “a large stock of groceries, cookery, tin and hardware.” Joseph Haas, a tailor who immigrated to Opelousas from Alsace with his brother Samuel around 1860, proclaimed in his ad that he “feels confident that he can satisfy all tastes in cutting and making.” Alphonse Levy, another Alsatian, started a mercantile business that he later left to establish the Southwest Louisiana Land Company, which funded the development of many new towns along the Southern Pacific Railroad. Solomon Loeb, a German immigrant who originally settled in Woodville, Mississippi, fought under both Generals Robert E. Lee and Stonewall Jackson. He arrived in Opelousas in 1867 and opened a retail grocery store. By 1870, though Jews had been in Opelousas for less than 20 years, they were already a significant part of the local economy and had begun to establish Jewish institutions.

Organized Jewish Life in Opelousas
In 1865, Jews in Opelousas purchased a cemetery; 12 years later they organized a congregation called Gemiluth Chassodim (“Acts of Loving Kindness”). In the congregation’s early years, services were held in the Humble Cottage Masonic Lodge Hall. This venue was not unusual since many Jews in Opelousas were active members of the local lodges of Masons and Woodmen of the World. Student rabbis from Hebrew Union College officiated at High Holiday services and other special occasions. Increasing the membership of the congregation proved to be a serious challenge. By 1907, only ten families belonged to Gemiluth Chassodim, though between 50 and 75 Jews lived within a five-mile radius of Opelousas.

Perhaps due to its small membership, Gemiluth Chassodim eventually became defunct. A new congregation, Temple Emanuel, was soon founded and absorbed Gemilluth Chassodim in 1929. This new congregation had 65 members and erected a large brick synagogue in downtown Opelousas in 1930. Lay leaders held services every Friday for the next decade while student rabbis continued to lead High Holidays services. One such student rabbi, Milton Grafman from Hebrew Union College, came to Opelousas for the High Holidays in 1931 and would later become the longtime rabbi at Temple Emanuel in Birmingham, Alabama. Congregation leaders founded a Shabbat education program for children, yet it met sporadically and was small. In 1935, only eight children were in the religious school. Their student rabbi that year commented that "the congregation, though not religious, is quite Jewish."

Over time, members attended services less frequently and the older, more devoted congregants, those who arrived with the first wave of Jewish immigration to Opelousas, began to die. Membership remained constant nonetheless, mainly due to the increasing number of children in the congregation. Surprisingly, these Jewish youths remained in Opelousas rather than moving to the big city for other opportunities. Yet, despite their noble dedication to their hometown, this new generation’s dedication to the Jewish community proved to be weaker than that of their parents. Attendance at services abated precipitously, and by 1942, the congregation no longer held services and disbanded altogether. 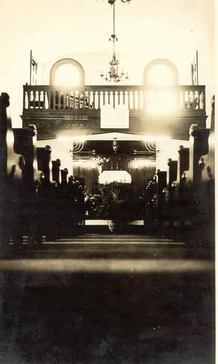 Jewish Businesses in Opelousas
Although religious life for Jews in Opelousas declined in the mid-20th century, Jewish businesses continued to thrive. Nearly every industry benefited from the hard work of Jews. Russian immigrant A. J. Winsberg arrived in Opelousas and opened his family-owned store Winsbergs at the center of town around the turn of the century. By 1947, the store had become an institution and assumed the reputation as “South Louisiana’s Greatest Store for Women.” David Roos’ furniture store, now one of the oldest establishments in town, continued to prosper into the 20th century. His son, Isaac Roos, inherited some of his father’s business acumen and started a very successful wholesale liquor store. The Bourdier Family, which had been one of the last remaining families at Temple Emanuel before its hiatus, helped run the Opelousas Clarion-News. Doctors were few and far between, however Frederick and Rudolph Meyer arrived in Opelousas soon after the turn of the century and established themselves as reliable physicians.
​
Jewish Life in Opelousas After WWII
After the end of World War II, oil production became a major industry in the region. Some Opelousas Jews found oil on their property and obtained great wealth. Several others participated in the production process itself. Irwin Davlin, for example, invented several new valves and soon thereafter became president of Standard Fittings Company, which produced pipe fittings for petroleum manufacturers. As the oil industry grew into the 1960s and 1970s, nearby Lafayette became one of the leading cities in the nation in oil extraction, and, in turn, many Jews began commuting there to seize opportunities that were not available in Opelousas.

In 1957, sociologist Ben Kaplan published The Eternal Stranger, an analysis of Jewish life in the Louisiana towns of Clinton, New Iberia, and Opelousas. Writing about Opelousas, Kaplan concluded that while Jews in Opelousas did create uniquely Jewish institutions, they participated so widely in the life of the general community that “step by step they lost contact with the larger Jewish community.”

On one hand, Kaplan's conclusions were well founded; even upon their arrival in Opelousas, many Jews held high positions in town government and other local organizations. Joseph Block, an early settler in Opelousas who arrived in 1860, served as President of St. Landry Parish School Board while a leader of the Masonic Lodge and a member of the American Legion of Honor. Numerous others, including Morris Hirsch, president of St. Landry Bank and Trust Company, and Ben Jacobs, newspaper publisher and bookshop owner, served as town aldermen and members of the Board of Chamber of Commerce. In 1935, the congregation's student rabbi reported that there had "never been any manifestation of anti-Semitism" and that Opelousas Jews "engage whole-heartedly in the life of the community." Twenty years later, Dr. Kaplan counted only 36 Jews in Opelousas in 1957, most of whom had not been active in Jewish life. Kaplan also found a high degree of intermarriage.

Kaplan’s pessimism failed to predict the resurgence of the Jewish community in the late 1950s. In September 1955, Temple Emanuel reopened its doors after twenty years of inactivity. Approximately 18 families joined the congregation, and the Temple Emanuel Sisterhood assembled to schedule events for the Jewish community. As “the lifeblood of Jewish ideals in [the] community,” the Sisterhood revitalized Jewish life in Opelousas and the surrounding area. Members conducted services on Friday evening, held parties at their homes on holidays, and encouraged the participation of the congregation’s youth. Lay leaders officiated High Holiday services and delivered pre-written sermons provided by Hebrew Union College. In the 1960s, the Temple started a tradition of holding a community-wide Passover seder and the Sisterhood hosted member-run programs on Judaism. Yet one institution neither the congregation leadership nor the Sisterhood instituted successfully was a Sunday school. While several children received their b’nei mitzvah in Temple Emanuel, those parents who wanted a more thorough Jewish education for their children drove to Temple Shalom in Lafayette for Sunday school.
The Jewish Community in Opelousas Today 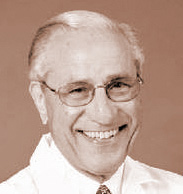 In recent years, the Jewish community has all but disappeared in Opelousas. Dr. Gerald Posner, a former obstetrician/gynecologist, anesthesiologist, and regional mohel, was head of one of the three or four Jewish families that still reside in the area. Gerald and his wife Isabel raised four children in Opelousas, all of whom have moved away to larger cities. The Posners joined Temple Shalom in Lafayette, a larger congregation serviced by a student rabbi from Hebrew Union College and with regular services, a religious school, and a b’nei mitzvah and confirmation program. The construction of Interstate 49 in the 1980s has since facilitated easier transportation between Opelousas and Lafayette, making the former a satellite community of the latter. The remaining Jews of Opelousas still own the Temple Emanuel building and on one or two Friday nights per year, Temple Shalom in Lafayette holds services at the Opelousas synagogue. They also fund periodic maintenance of the original Gemilluth Chassodim Cemetery on Bellevue Street as well as Hebrew Rest Cemetery just north of town in Washington.

Several years from now, it is likely that few if any Jews will live in Opelousas. The booming oil economy has brought this small city into a sphere centered in Lafayette, a larger city with a larger Jewish community. Yet in the meantime, those who still live in Opelousas will certainly continue to be active in nearby Lafayette and work towards sustaining a Jewish presence in the region.