Shalom!
In this week's Torah portion, we continue the Jacob saga. After tricking his brother Esau out of his birthright, Jacob flees to his uncle Laban's household. We have already been introduced to Laban in previous chapters as a man who prizes material worth. It is unsurprising, then, that Laban takes advantage of Jacob in order to benefit from his labor. This is especially apparent in the tale of the marriage of Laban's daughter, Rachel, to Jacob.

According to some, the account of Rachel and Jacob is “the Torah's greatest love story.”i When Jacob meets Rachel, he reacts so strongly to her that he rolls the stone from the top of the well - a feat which normally takes several people to accomplish. He then waters her sheep and kisses her (Genesis 29:10-11). Jacob sees Rachel as “beautiful of form and of face,” and we are told that Jacob “loved Rachel... so much more than Leah” (Genesis 29:17, 30). Jacob agrees to work for Laban for seven years in order to marry Rachel. However, after the seven years’ labor, Laban tricks Jacob into marrying the older sister, Leah, instead of Rachel. The very first thing Jacob does after the marriage is confront Laban and figure out a way to make Rachel his wife, eventually agreeing to work for Laban for an additional seven years (Genesis 29:25-26). According to the Women's Commentary, “if one reads the story through modern eyes, where love conquers all, then Rachel seems to be more important than Leah. However, if one reads [the text] with an eye toward its own biblical concerns, then Rachel and Leah look very different.”ii Although Jacob appears to be acting like a romantic hero, there is actually a different message at play.

Within the Bible, beauty is actually dangerous: “In other places in the Bible, when people make choices because of what they see, those choices prove to be misguided.”iii The rest of the story supports the idea that Jacob's focus on the beautiful daughter is not in his best interest. Jacob ends up working for fourteen years, enriching Laban’s household, just so he can get the pretty sister. Even God contributes to the discussion, as “seeing that Leah was disfavored, Adonai opened her womb, while Rachel was childless” (Genesis 29:31). Considering that children are part of the original covenant Abraham made with God, the fact that Rachel remained barren was a further mark against her.

But whether we see the story as a romantic or cautionary tale, we are still evaluating the worth of the two sisters, still putting the focus on which one was “better.” We see Jacob striving to wed Rachel as either the hero fighting for love or the idiot fighting for vanity, and forget about Leah entirely. How must it have felt to be Leah on the day after her marriage, knowing that her husband did not want her? How must it have felt for Leah to realize that the whole household would also know of Jacob's disfavor once he started arguing with Laban? How must it have felt to be Leah, knowing she was doing everything she was supposed to do, including producing children for Jacob, and still knowing that she wasn't good enough?

Rachel presents us with some difficulty. Even knowing that Jacob favored her, "when Rachel saw that she was not bearing [children] to Jacob, Rachel came to envy her sister" (Genesis 30:1). Rachel did not value what she actually had. Regardless that her position was already superior in the household, Rachel still wanted what Leah had, and still felt in competition with her.

That, too, is Jacob’s flaw. Admittedly, in a narrative sense, it is true that we need this family drama worthy of a soap opera to make sure we have twelve tribes. But setting that aside, what would have happened if Jacob tried to continue with Leah as the wife he had? What could he have done with those seven extra years? How would it have affected the atmosphere of his household to not have two sisters constantly competing against each other?

It is very easy, especially in our modern cultural context, to always want more. To a certain extent, this is healthy - we should seek to achieve goals and to make things better for ourselves, our family, and our society. At the same time, we are prone to seeing what we don't have, and feel resentful at its lack, especially during times when we already feel deprived - of company, of family, of normalcy. On top of that, we often forget to appreciate what we do have, to look at what we have accomplished, and be truly thankful. Going forward, may we all take a moment to take stock of ourselves and our situations, and take the time to be glad for it. May we pause in our striving to look around us and appreciate our friends, our family, the connections we can make, and the things we can still do in the world. We may find that we are already have far more than we thought.
​ 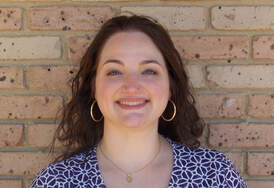 Taste of Torah: ​The Book!