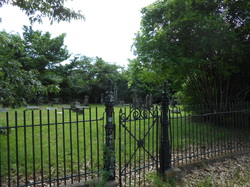 As the Jewish population of Woodville grew in the mid-nineteenth century, they began to organize religiously.  As early as 1850, Woodville’s Jews worshipped together in private homes.  In the late 1860’s, they formed the Woodville Hebrew Education Association, which grew into Congregation Beth Israel.  The Hebrew Education Association was designed to establish a school at a time before public education in Mississippi.  In January of 1873, members of the association wrote in the American Israelite newspaper that they were looking to hire a teacher for the school who was “first of all, a good English scholar; secondly a good Hebrew [and Jewish] scholar...; thirdly a man who is able to teach the German and French languages.”  They claimed to be able to send fifteen Jewish and ten Christian students to the school.  If this teacher could give a lecture during Shabbat services, they could make extra money.
After this ad was placed in a national Jewish newspaper, the congregation hired Emanuel Rosenfelder as rabbi in 1873.  After a year, he returned to his native Germany, though he returned in 1876 as circuit-riding rabbi in the region before settling in Natchez.  Beth Israel was formally chartered in 1878, when they completed their first synagogue on the corner of Banks and Natchez Streets.

In 1885, ﻿Rabbi Henry Cohen﻿ came to Woodville.  Though he only served Beth Israel for three years, Rabbi Cohen had a significant impact on the young congregation.  In 1924, the Woodville Republican proclaimed that “no minister who ever served a church in Woodville was more popular than was Rabbi Henry Cohen.”  Cohen sought to encourage his small congregation to be more religiously observant, a very challenging task in an isolated community like Woodville.  Since most of the congregants were merchants, strictly observing the Sabbath was very difficult since Saturday was the busiest day of the week.  Cohen was willing to compromise, getting his members to agree to keep their stories closed during the hours of Saturday morning services.  Once services were over, they could open their stores to the throngs of customers who came into town on Saturday.  Rabbi Cohen’s services drew several non-Jews who came to hear his compelling oratory.  In 1888, Rabbi Cohen left Woodville to become the rabbi at Temple B’nai Israel in Galveston, Texas, where he served for over 60 years.

In 1896, Beth Israel’s synagogue burned down but was soon replaced by a new and more impressive building on the same Natchez Street site.  The congregation also built a small religious school building behind the temple.  Next door was a parsonage for the congregation’s rabbi.

As the cotton economy of the area went into decline in the early-twentieth century, the Jewish community dwindled.  By the mid-1920s, the congregation no longer had a rabbi or held regular services, and the remaining members sold the building.  The building was moved to Main Street, where it served as a local theater until it burned down in the 1930s.