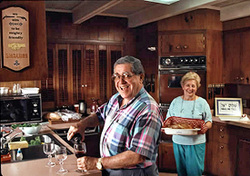 Jewish Businesses in Hattiesburg
Many of the early Jews in Hattiesburg owned retail stores. Frank Rubenstein arrived in Hattiesburg in 1906 at the age of 22. He opened a store called “The Hub” and also owned a store in Sumrall, Mississippi, which was managed by his brother-in-law. In 1919, the Hattiesburg American newspaper called Rubenstein “one of the leading merchants of the city” and reported that he was planning on expanding his store by buying a larger building in downtown Hattiesburg for $31,000. Upon purchasing the building, he transformed the four existing businesses into one store, creating one of the largest department stores in Hattiesburg.

By 1919, many Jewish-owned stores were advertising their closing for the High Holidays in the local newspaper. These stores included The Globe, The Leader Family Outfitters, L. Rubenstein & Co., Adler Dry Goods, and S & H Katz. Interestingly, all of these stores closed for two days for Rosh Hashanah, showing they were traditional in observance, but were reopened on Saturday, which reflects the compromises that even observant Jews had to make to thrive as retail merchants in Hattiesburg.

​A major commercial figure in Hattiesburg was Louis Buchalter, a well-loved tailor. A native of Jablonow, Poland, Buchalter came to New York in 1911, following his Aunt Fannie, who had arrived several years before. Upon arrival in New York, he found himself working from 7:00 am to 7:00 pm for only one dollar per day. He soon heard of a job opening in Natchez, Mississippi, and so moved to the South, where he met his wife Jennie Saltzman. After they married, the couple moved to Hattiesburg with $75.
​
Buchalter soon opened his own tailor shop called Louis Tailoring Co. in 1915. It was in this store that Buchalter became an important figure in the town. He took great care and pride in his suits, tailoring for fifteen years without the aid of a sewing machine. Even after he purchased a sewing machine, it was used only for alterations. Though originally all of the suits from Louis Tailoring Co. were hand sewn, as the demand for Buchalter’s work grew, he had to begin buying ready-made suits, limiting his hand-sewn suits to special occasions only. In 1982, after 68 years of business in the same location on East Pine Street, Buchalter closed the store due to his declining health. 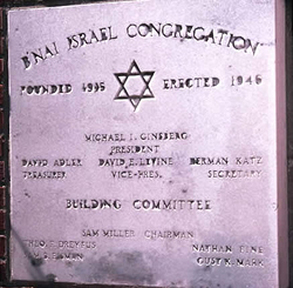 Organized Jewish Life in Hattiesburg
In 1915, the Jews of Hattiesburg organized Congregation B’nai Israel as the city’s first and only Jewish house of worship, though there is evidence that Jews had worshiped together informally long before the temple’s founding. In 1908, 15 Jewish men had founded a local chapter of B’nai B’rith. Jewish women in Hattiesburg founded a chapter of Hadassah in 1939.
​
Camp Shelby
The 1917 opening of Camp Shelby 15 miles south of Hattiesburg had a significant impact on the community. Thousands of soldiers from the around the country have received their training at Camp Shelby, and the base helped make Hattiesburg into one of the largest cities in Mississippi. Many Jewish soldiers from the North were stationed at the camp during wartime and members of the Hattiesburg Jewish community often hosted them for Passover seders and other events. Hattiesburg Jews were also active in World War I, World War II, and the Vietnam War. B’nai Israel’s cemetery commemorates five members who fought in World War I, four who fought in World War II, and one who fought in the Vietnam War. 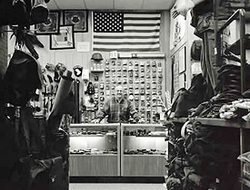 Civic Engagement
Hattiesburg Jews have been very prominent in the community. Jerry Shemper, a longtime local business leader, has served on the Hattiesburg city council. His wife Linda has been active in the Forrest County Democratic Committee. Herbert Ginsberg was a local lawyer who was a law partner of Paul Johnson, who served as governor of Mississippi in the 1960s. Ginsburg served as a U.S. Magistrate during the 1960s. His wife, Lou Ginsberg, was very active with the region’s Jewish youth.  She spent many years as the regional advisor for the Southern Federation of Temple Youth, and worked at the Henry S. Jacobs camp for 24 summers. Maury Gurwitch was a successful local businessman and has been treasurer of B’nai Israel for over 15 years.

Marvin Reuben made his mark on the community through his work in the media and his commitment to social justice. After his service in the Air Corps during World War II, Rueben began doing radio broadcasting, and eventually became general manager and executive vice president of WDAM-TV. In his 33 years of work with the station, he became known for his editorials, which he delivered on the air. Of the many issues in social justice that Reuben addressed, he was best known for his stance in opposition to the Ku Klux Klan. In response, the Ku Klux Klan made efforts to silence him; they threw acid on his wife’s car, shot the radio tower, and burned three crosses in front of the station. In 1992, he received the Hub Award, and the mayor proclaimed “Marvin Reuben Day.”
The Jewish Community in Hattiesburg Today
Hattiesburg has remained a relatively small but stable Jewish community. In 1937, 215 Jews lived there. In 1984, 180 Jews still lived in Hattiesburg. By 2001, this figure had only declined to 130. While retail business ownership was almost universal among Hattiesburg Jews in the early 20th century, only one, Sack’s Outdoor Store, remains as of 2021. The Jews of Hattiesburg remain a vital part of the community. 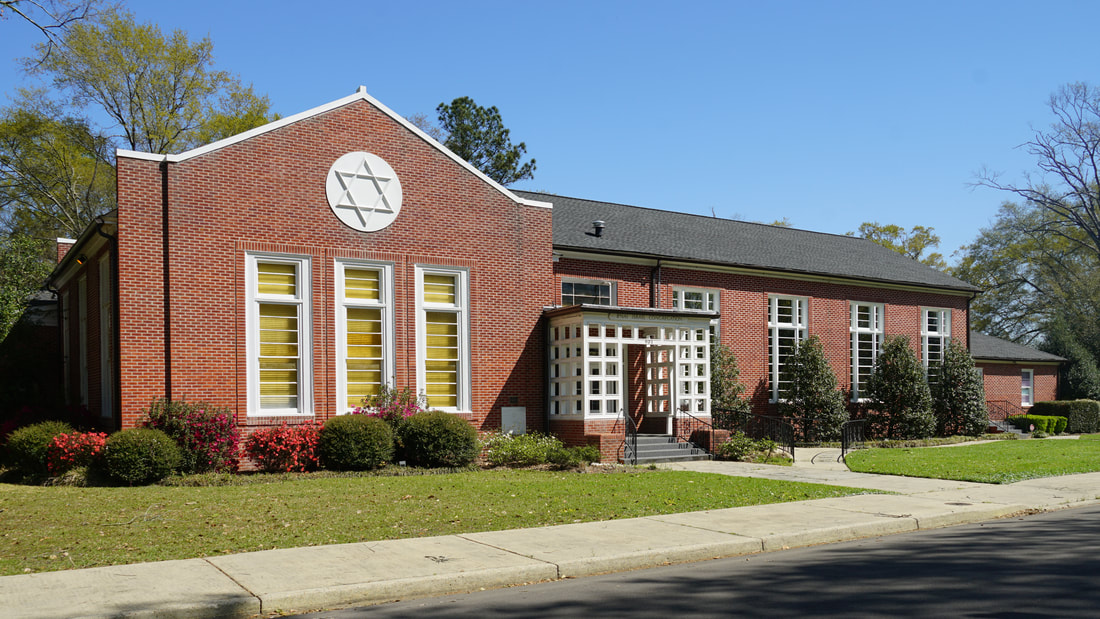