Overview >> Mississippi >>  Henry S. Jacobs Camp, Utica
Overview
Precursor Organizations
The origins of Jacobs Camp lie in earlier efforts to create statewide networks of Jewish Youth in Mississippi. In the 1940s Celeste Orkin of Jackson created a Jewish youth group at Beth Israel Congregation. In the late 1940s and early 1950s she worked with contacts in other local sisterhood organizations to organize Mississippi Temple Teens. The group eventually grew to encompass Reform youth groups in Memphis and Arkansas. By the 1960s it took the name Southern Federation of Temple Youth (SOFTY), became part of the Reform Movement’s National Federation of Temple Youth (NFTY), and added Louisiana to its territory.

​Orkin and other community leaders were closely involved in national Jewish organizations. At meetings such as the Union of American Hebrew Congregations (UAHC) biennial conferences they heard about the Reform movement’s nascent camping program and the success of Union Institute in Wisconsin, the movement’s first camp. At the time, American Jews from a variety of backgrounds promoted the summer camp experience as a vital way to foster Jewish learning, ensure Jewish pride, and encourage Jewish endogamy (marriage between Jews). These issues were especially relevant in a region where Jews constituted a tiny minority of the overall population and where the culture was overwhelmingly Christian.
The Camp Campaign 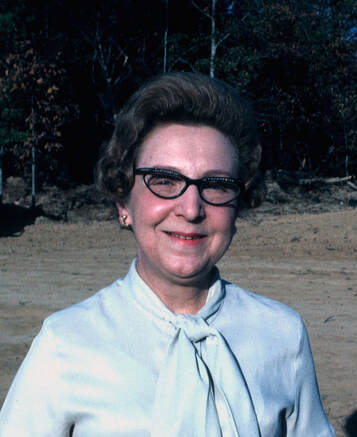 Celeste Orkin at the Henry S. Jacobs Camp dedication, 1970. Courtesy Beth Israel Congregation, Jackson.
In April 1959, 26 people from Louisiana and Mississippi gathered in Monroe, Louisiana, to discuss the creation of a Reform camp in the Deep South. Celeste Orkin served as president of the fledgling organization, known as the Camp Association of Southern Temples (CAST). Henry S. Jacobs, the administrator for Temple Sinai in New Orleans, was the secretary. The group estimated that they would need to raise $175,000 to build a camp and soon began to organize fundraising efforts.
​
Members of SOFTY made significant contributions to the regional camp movement. Each summer they met at a week-long SOFTY camp, held at a series of rented facilities. During conclaves (regional meetings held during the academic year) youth group kids would hold demonstrations in favor of the project, chanting “we want a camp” to show their enthusiasm. Local youth groups also worked to raise money for the camp fund. The temple youth group of Cleveland, Mississippi, sold specially made SOFTY stationary. Baton Rouge teenagers sold sweatshirts. Others held car washes. Vicksburg’s youth group had a very successful effort selling cigarette lighters with “SOFTY” inscribed on them for $2 apiece. By June 1965, temple youth groups had raised almost $3000 for the camp fund—38% of all the money raised to that point. 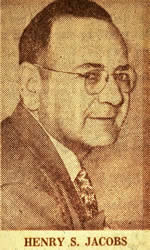 Rabbi Sol Kaplan, the head of the UAHC’s regional office in Dallas, strongly supported the development of a new camp. Kaplan participated  in early planning meetings, and while he had his concerns about the viability of the camp in the Deep South, he assisted CAST’s efforts. In a brochure entitled “The Key to a Living Judaism,” CAST stressed the role of the camp in building a Jewish future: “From this camp will come young Jews proud of their faith and heritage, ready to go to college as committed Jewish youth. From this camp will come a new spirit of Jewish identification and a new hope for our futures.”
​
Despite these activities, the early history of CAST was filled with stops and starts—big, successful meetings followed by months of inaction. CAST operated on a shoestring budget, and meetings were discontinued for a while to cut down on expenses. Six years after the organization’s founding, the campaign for a camp had raised over $12,000 to purchase 155 acres in Utica, Mississippi, which was centrally located between the two largest cities in the camp’s region, Memphis and New Orleans. They decided to change the name of the camp to the Henry S. Jacobs Camp, in honor of the early CAST leader who had recently died.

After CAST purchased the land its fundraising work gained momentum. A 1966 estimate had raised the construction cost to $350,000. Camp boosters set a fundraising quota for each Reform congregation in the region, challenging them to raise $50 per member household. Each congregation could decide how best to raise the money, whether by seeking smaller contributions from each family or by targeting high-dollar donors. When the projected construction costs rose, CAST increased its ask for participating congregations. Almost all of the synagogues met their quotas, even the large temples in Memphis and New Orleans, which together constituted 50% of the expected donations. Temple Israel in Memphis actually surpassed its goal, raising $100,000 from its membership. In September 1969, CAST had not yet raised enough money to cover all of the construction costs, but they borrowed the last $125,000 and hired a builder.
​
Construction on the camp finished the next spring, at a total cost of $398,000. CAST then transferred ownership and operation of the camp to the UAHC. Rabbi Sol Kaplan served as the founding director. He hired recent college graduate Macy Hart as his administrator. Hart had grown up in Winona, Mississippi, where he became active in SOFTY and later served as the national president of NFTY. Hart, then 23 years old, took over the director position after the first summer and led the camp for 29 years.

That first summer, 93 campers came to Utica, which was less than capacity but impressive considering the camp had no track record and was barely finished in time for the first session. By 1972, 296 campers attended Jacobs during the summer. Filling the beds was a region-wide task, with the camp director and his assistants fanning out across multiple Southern states, stopping in every small town where there were Jewish kids to convince them and their parents to enroll. Despite the challenges of launching a new camp and recruiting small-town families, the camp was almost always filled to capacity throughout its first decade.
Jacobs Camp and the Jewish Deep South
In 1972 Henry S. Jacobs Camp drew nearly a third of its attendees from small communities, with Memphis and New Orleans sending 38% of campers. Children from 39 towns and cities attended camp that year, representing small (and sometimes tiny) Jewish communities such as Marks, Mississippi; Dumas, Arkansas; and Alexandria, Louisiana.

By 1975 almost half of the campers came from Memphis and New Orleans. Places like Meridian and Clarksdale, Mississippi, saw sharp declines in their young Jewish populations and, consequently, the number of campers they sent to Jacobs. Many such communities no longer supported youth groups or religious schools after the early 1970s. Since then, the share of attendees from small communities has continued to decrease, but in the early 21st century there are also second-generation Jacobs campers who come from out-of-region.

As changing Jewish demographics affected the make-up of Jacobs Camp, the camp also shaped Jewish life in the region. Whereas Classical Reform practices still dominated the Jewish experiences of many early campers, the camping movement introduced young, southern, Reform Jews to traditions such as marking Havdalah and singing the Birkat Hamozon after meals, and camp services used more Hebrew than many participants heard in their home synagogues. Campers also had opportunities to wear kippot (head coverings) and tallitot (prayer shawls) during services, practices that were uncommon and sometimes discouraged in Classical Reform congregations. Camp leaders and former campers alike credit the camp for helping Deep South congregations to stay connected to changes happening elsewhere in the Reform World. The camp inspired attendees to ask their home communities for greater Hebrew instruction, introduced young people to women rabbis and rabbinical students for the first time, and produced a generation of local leaders who were comfortable with liturgy that was at once more traditional and more contemporary than what they had grown up with.

Jacobs Camp has also developed programs that connect campers to the history of Jews in the South. The camp is only about 30 miles from Port Gibson, home to the oldest extant synagogue in the state of Mississippi. At the time of the camp’s founding, Port Gibson’s congregation, Gemiluth Chassed, was down to only four members. Older campers traveled there to help refurbish its 1892 synagogue. In 1976 the entire camp celebrated Shabbat services at the old synagogue with the few remaining Jews in the community. Campers wrote a creative service that incorporated the congregation’s history into the liturgy. In March of 1976, the Camp board had adopted a new policy statement that made it part of the camp’s mission to foster a Jewish environment in the declining small communities of the region, and to “bring together the smaller congregations where only a few children remain.” In later years, teens from Jacobs camp participated in cemetery cleanup projects in Osyka, Mississippi, and Claiborne, Alabama.
The Early 21st Century
Jonathan Cohen became Camp Director in 2000, following the departure of Macy Hart, and Anna Blumenfield Herman—who grew up in Dothan, Alabama, and attended the camp as a child—took over the director role in 2015. Camp Jacobs has continued to attract Reform Jewish children from Mississippi, Arkansas, Louisiana, west Tennessee, Alabama, and the Florida Panhandle. In order to fill its cabins, Jacobs Camp has to attract 25% of the eligible children in its region, which has always been a challenging task. However, Jacobs Camp staff and alumni  point out that, because of the high participation rate, the camp has a more visible effect on the communities in its region than other Reform camps. Additionally, the camp’s origin in grassroots organizing and local fundraising have led to a strong sense of ownership within Reform communities in region. For more than 50 years, Jacobs Camp has served as the home of a vibrant, if seasonal, Jewish community in Utica, Mississippi, that continues to enrich Jewish life across the Deep South.